Studies show that the exercises that most strongly affect the production of testosterone and growth hormone: deadlift and barbell lift with a jump up.

Other exercises, especially isolationexercises , have significantly less impact. Given that lifting a barbell with a jump up is a difficult and potentially traumatic exercise, it is not recommended for beginners and intermediate athletes. In addition, it is difficult to perform it with a large weight.

Deadlift is the number one exercise for muscle growth. If you do not do any other exercises, you will still see the result in the form of muscle mass growth, since this exercise involves the maximum number of muscles in the work.

After doing just 5-10 technically correct reps with a lot of weight, you will realize that deadlift also develops the cardiovascular and respiratory systems. The main thing is to first learn how to perform this exercise with a barbell, and only then move on to variations.

The barbell squat is a key exercise for building powerful legs, from your hip quads to your calves. In addition, with the correct technique of execution, even the muscles of the shoulders and abs are included in the work.

It is very important to learn how to perform this exercise technically perfectly, using the smallest weight, and only then move on to the barbell or variations in the form of a leg press in the simulator. Remember that the point is not in heavy weight, but in technique.

Despite the fact that the bench press is not included in the “big three exercises”, it also affects the hormonal level, and is the most important exercise for the development of the pectoral muscles. In addition, it involves the triceps and shoulder girdle muscles.

Pulling the barbell to the waist is the most important exercise for the development of the back muscles, and that is why it is considered basic. If done correctly, the shoulder muscles, pectoral muscles, forearms, and arm support muscles are also involved.

When performing the exercise, you should focus on the fact that the body does not deviate forward or backward, and the abdominal muscles are as tense as possible. Remember that heavy weights can be traumatic, and never lower the barbell behind your head. 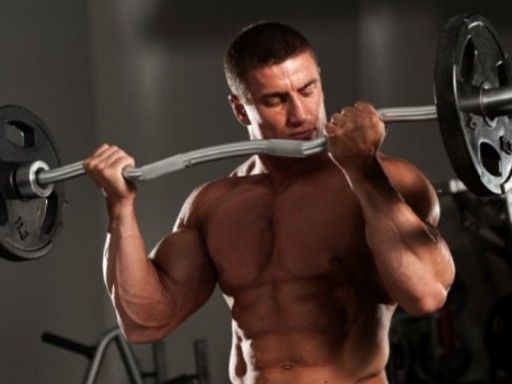 Muscle growth is not affected by exercise itself, but rather by the production of testosterone and growth hormone caused by it. By performing basic exercises correctly, you work out all the muscles of the body, and even those that are seemingly not included in the movement.